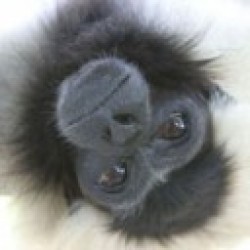 How Not to Handle a Security Breach

Security is hard to get right, there's no question about that.  But sometimes you come across things that are just
Dec 2, 2019
6 min read
Jun
06

(If you're not familiar with the XtremIO REST API I'd suggest first reading my posts on using it, in particular
Jun 6, 2019
2 min read
Jun
05

I've written previously about using snapshots on XtremIO, however things have changed a little with XtremIO X2 so it's time
Jun 5, 2019
4 min read
May
28

(Update: Less than 24 hours after posting this blog entry United Airlines fixed the problem described, and a password is
Feb 21, 2019
3 min read
Oct
17

I've written previously about how Snapshots (and snapshot refresh) works in XtremIO. With XtremIO X2 we changed the way a few of the snapshot-related concepts work in order to simplify things, as well as to add some additional use cases that were not possible previously.
Oct 17, 2018
5 min read
Jun
05

(If you're not already famaliar with using the XtremIO REST API, then I'd suggest reading my series on using it
Jun 5, 2018
9 min read
Apr
24

In general, when a Storage Controller is shutting down for any reason, XtremIO X1 will send a "Logical Unit Not
Apr 24, 2018
4 min read